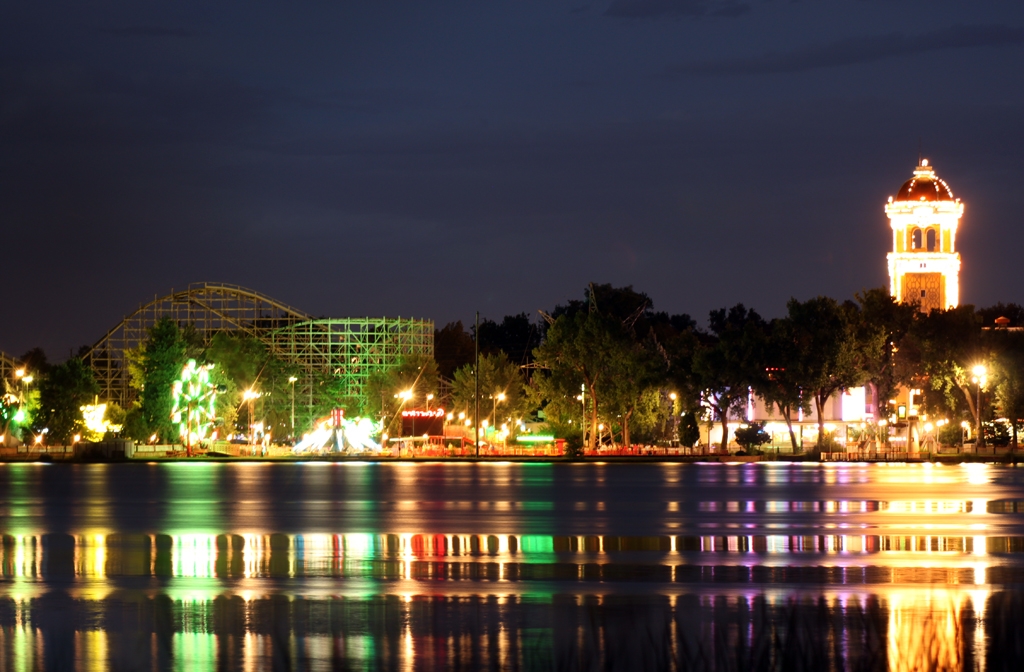 Lakeside Amusement Park is a family owned amusement park in Lakeside, Colorado. The park has existed for over 100 years and is one of the largest family owned parks in America. The park literally consumes half of the town it resides in, and is also open from the first weekend of May through to Labour Day. The park features 37 rides, 3 roller coasters and 1 water slide.  While the park does not have the most water rides, the sheer size and quantity of the rides that do exists compensates. For those who enjoy the Silent Hill video games, the park was a setting included in the first and third instalments, which is an achievement that could be accomplished due to the reputation that follows the park.

The rides of Lakeside Amusement Park give the park its unique features. While the park has many classic rides such as the Tilt-A-Whirl, Merry-Go-Round, and every possible “-O-Plane” instalment except the “Fly-O-Plane”, the park also has many rides that are not seen in other parks. For instance, the Round-up, Zoom, Heart Flip, Wild Chipmunk, Whip and Skoota Boats are all rides that the Lakeside Amusement Park uses to set itself apart from other parks. The park also has a fair amount of Kiddie rides, for those who wish to entertain the entire family.

The kiddie rides of Lakeside Amusement Park are not in shortage. The 15 kiddie rides range from coaters to dry boats, all of which take your toddler in a circular track for their entertainment. One of the most popular rides is the Ferris wheel for kids, most likely due to its preceding reputation. With the amount of kiddie rides that the park features, it is almost like another park all together.

Overall, the Lakeside Amusement Park is a great trip for the family and will not disappoint. It is a typical American amusement park, which has been open for over 100 years. The experience in the entertaining business alone is enough reason to visit the park, however it is reasonable to visit from several states away to see what Lakeside Amusement Park has to offer. It is not going t