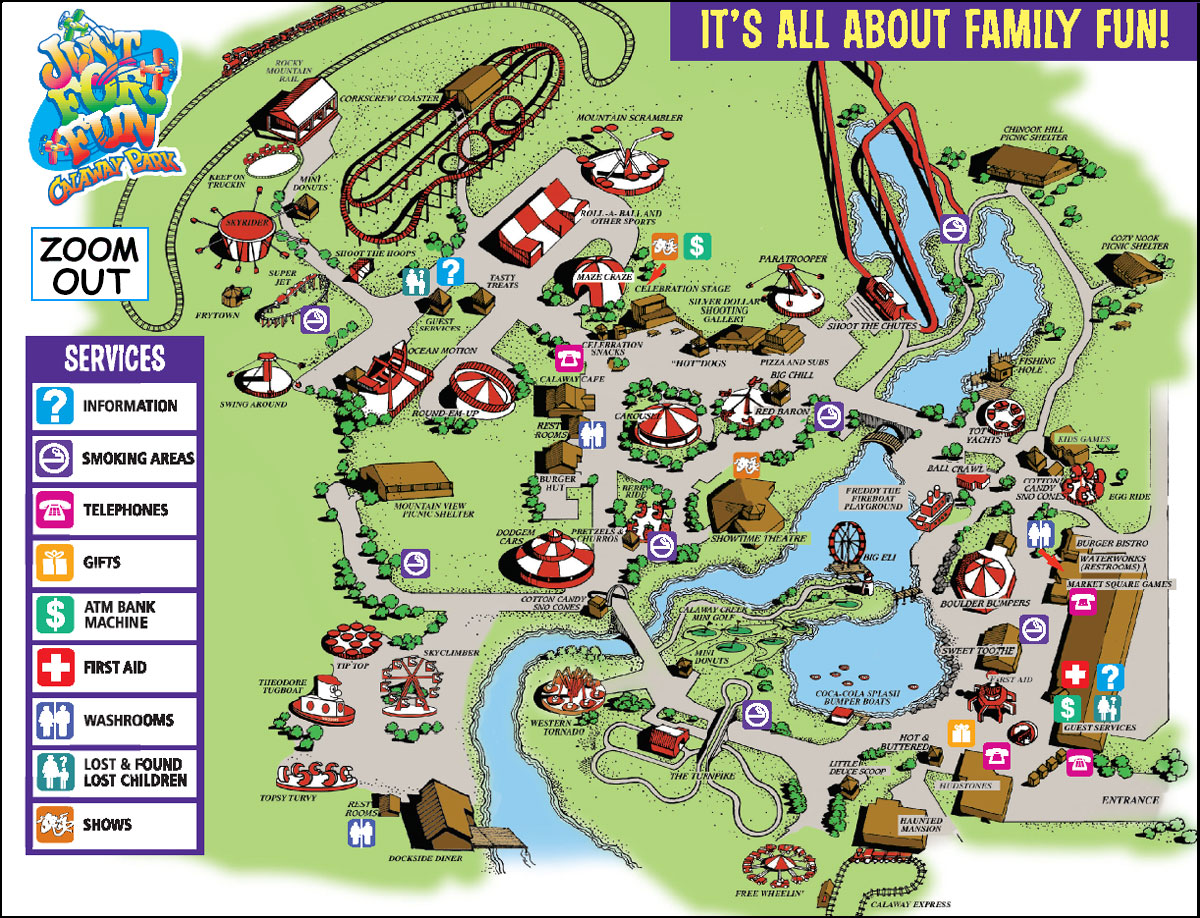 Calaway Park at Springbank, Alberta is known as the largest amusement park of Western Canada. The park is located 10 kilometers west of the city of Calgary.

The park has been in operation since 1982, featuring 34 rides and 27 gaming areas. The park’s best rides feature a corkscrew roller coaster called The Vortex and a 56-passenger swing called The Dream Machine. They added another ride last 2011 called Mind Blaster. Just as what the ride’s called, it’s really a mind-blasting experience as a circular carriage rolls you back and forth and up and down and then also spins rapidly.

There’s The Adrenaline Test Zone, Air Gliders, Chaos, Cosmic Spin, Free Fallin’, The Storm and Ocean Motion. These rides are best for thrill seekers too. Also, there’s The Carousel, Super Jet, Super Trucks and Swirly Twirl and these rides, on the other hand, are just for kids.

Of the 23 dining options, you can choose from 5 main restaurants. They serve your all time favorites and these include burgers, chicken, fries, salads, sandwiches, beer, pizza, hotdogs and ice cream.

The park has 11 children’s rides, 12 family rides and 14 thrills rides. Two of the rides are roller coasters and two more are water rides. When compared to Calaway Park’s official website, there was no Ball Crawl and Haunted Mansion on the list. There is really so much to do at Calaway Park.

Season passes are available during the park’s spring sale and that starts on mid-March. Regular admission price ranges from $27.00+ to $35.95+. A family package starts at $89.00+ and that’s for a minimum of 4 family members. Other offers include group programs, birthday parties, accommodation packages, educational programs and catered menus.

Getting to the park only takes about 25 minutes from the Calgary International Airport. If you’re coming from the north or the south or anywhere else in the city, just follow the signs for Highway #1 west (16th Avenue North) and you’ll get there. Opening day will be on mid-May and the park will be open until mid-October.