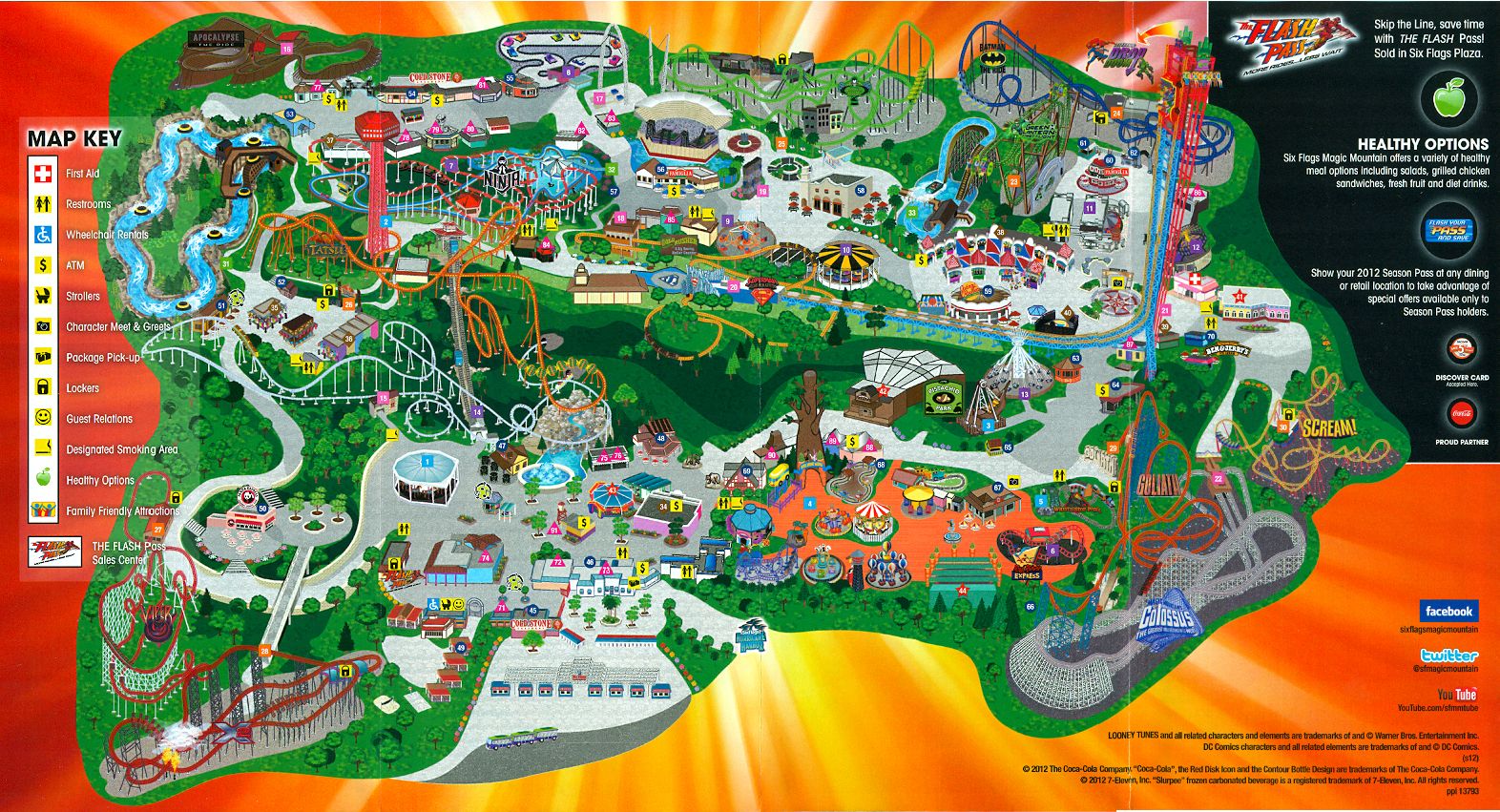 In 2009, the number of visitors was 2.5 million. The high number of visitors to the park is attributed to the fact that the park has a lot of amusement features and attractions. In fact, by 2012 it had 17 roller coasters i.e. the highest in the world. Since 1972, Six Flags Magic Mountain has gone through a series of transformations and developments until it became what it is now. The first ride in the park since it was acquired by the Six Flags is the Roaring Rapids developed by Intamin. Since then more rides and coasters have been introduced in the park.

In the process of developing the park, Arrow Dynamics built “The Black Belt of Roller Coasters” in 1988. Later, other roller coasters were developed and old rides and coasters were replaced with new ones. The latest developments were seen in the expenditure made in the park between 2010 and 2012 when some coasters were developed. This led to the opening of Mr. Six’s Dance Coaster and Mr. Six’s Splash Island.  Superman: Escape from Krypton was also opened in 2011 alongside Green Lantern: First Flight.