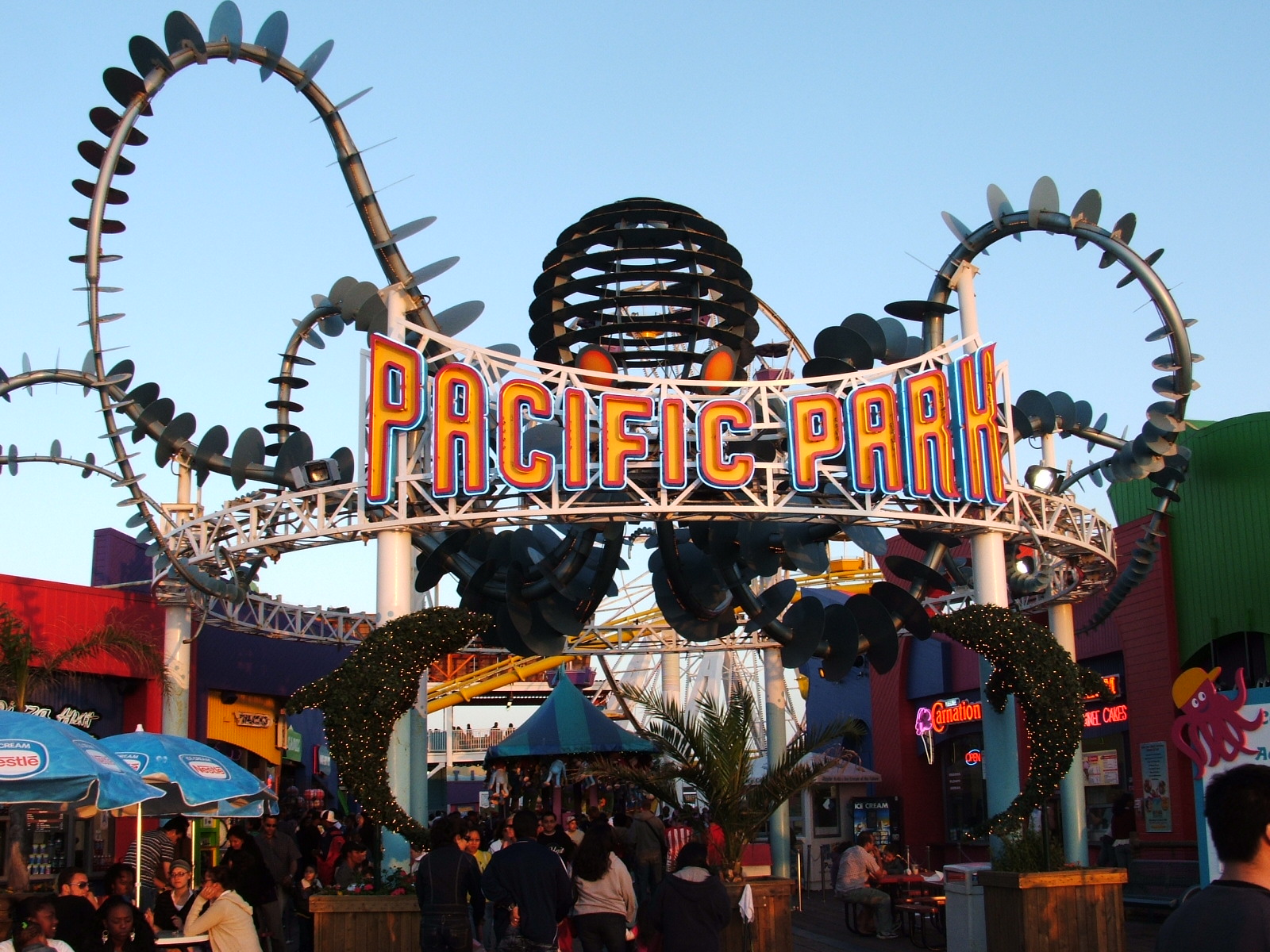 Pacific Park is an oceanfront amusement park located in Santa Monica, California. The park is quite conveniently located (and it is also the source of the park’s name) on the Santa Monica Pier and looks onto the Pacific Ocean.  Interestingly the Catalina Island can be seen from the Park’s backend, for those of you who care for a park with a beautiful view. While the park is quite small, with only 12 rides and attractions and one roller coaster, the park is also Los Angeles’  admission-free amusement park. With a smaller than average operating system (May-September) the Pacific Park amusement park is not going to disappoint with its stunning views and interesting ride placement.

The park categorizes the rides into two categories. The Adult rides and the Children’s rides, both of which boast a fair amount of rides in their categories. The adult rides category has the only roller coaster in the park, made of steel and running the perimeter of Pacific Park. The West Coaster, as it is named, goes to a maximum of 55 feet and reaches a speed of 35 miles per hour.  While the coaster being one of the more thrilling rides, that does not mean it is the only thrill ride in the squished park. The Sea Dragon, a pirate ship with an amazing 180 degree swing, along with Inkie’s Scrambler, a 12 car scrambler ride, are some of the more thrilling rides the park has to offer.

The park’s versatility is really what makes this small theme park successful. Boasting an impressive 7 attractions, including the “Ship Ahoy”, a pirate themed ride, “Red Baron” another children’s carousel ride, and the Crazy Submarine, there are truly something for every child. The most interesting ride out of the whole bunch however is the Eurobungy attraction, which is a bungee jump themed attraction that takes place on a trampoline and allows little kids the feeling of actually bungee jumping (without the danger).

Overall the Pacific Park theme park is an interesting park that is definitely one to be checked out. While the ride’s themselves are interesting and incite a reason to go, the free admission is extra incentive. This park has something for the whole family, with 16 years’ operating experience, the rides and attractions are perfect for older guests and new alike. While an effort should not be made to go to the park if you are out of state, the park is beautiful and perfect for a day or so of time wasting.